Hi and welcome to the "official" sonofatrout website!
Check in often for updates

September 2003
sonfatrout announces that they will be playing two benefit shows! The first in November, the second in December both in aid of "Helping Hands for Haiti". Dates and times to be announced.

July 1st, 2003
sonofatrout plays "Canada Day on the Pedway". Check out the poster on the pics page (designed by Pete), you may have received one through a mass email. Even though the skies were threatening rain, sonofatrout played up a storm!

February 10th, 2003
sonofatrout confirms "Canada Day 2003" gig on the Pedway in Fredericton. Showtime to be announced at a later date.

January 15th,2003
sonofatrout to play at The Capital Bar in Fredericton on January 18th, 2003. CD's available at the show...for those of you who have been asking. 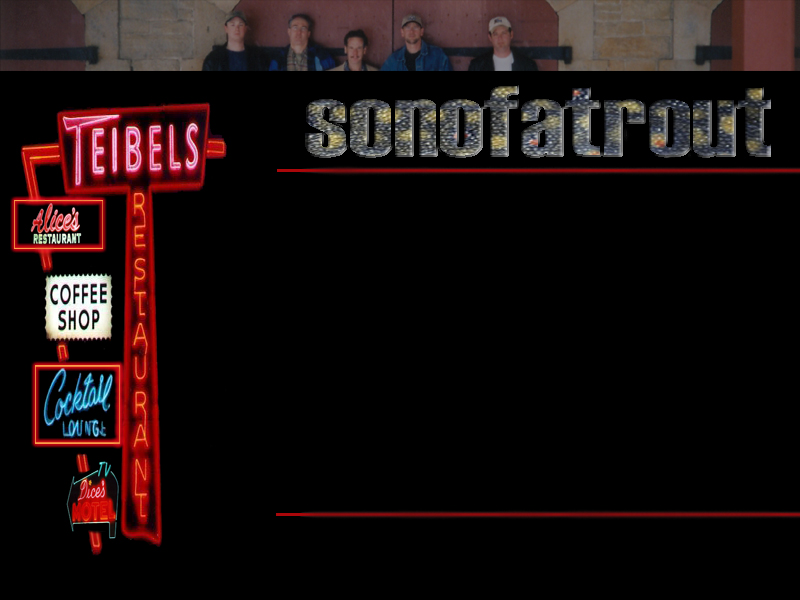